Celia is one of Irene Taylor’s grandchildren. She has been volunteering in the ITT office and also visited a Making Tracks project to see the work in action.

Last week I visited a Making Tracks project for the first time. It was the third day of the session at the Marcus Lipton Youth Centre, and the musicians were setting up the instruments and equipment to record the two tracks they had been working on with the young people involved in the project over the previous few days.

I sat and watched as they rehearsed and recorded the first track of the day, an upbeat reggae-inspired song about someone who wouldn’t let the low points and inconveniences in his life get him down. They decided they needed another verse for the recording, so Rex, one of the project leaders, started getting everyone to come up with more daily annoyances and frustrations and within minutes they had collaborated on a third verse. 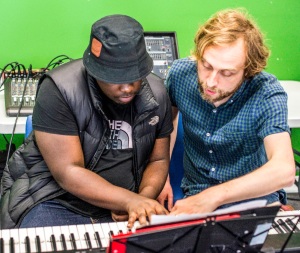 Meanwhile, Rob was going through the keyboard part for the song with someone who had arrived that day and had never played before. They worked on the verse, chorus and bridge parts individually and then put them all together before diving straight into playing the piece with the rest of the musicians. It was great to see someone sit in front of an instrument for the first time that morning and be able to take part in the final recording just an hour or so later.

After lunch work began on the second track.  Rob showed me the chords they had come up with the previous day so that I could play the guitar part of the song with Josh, while Rex and Emma practised the harmonies for the chorus. I really enjoyed experiencing the skill and patience of the project leaders first-hand as they encouraged me to join in as they went through the song before doing the final recordings.

We recorded the song twice, leaving the verses blank on the first recording so that people who were involved in the project could put their own rap over the track. While we were playing, Jonny, who had worked with Making Tracks on a project earlier in the year and was returning as a mentor, had written two whole verses at record speed for the second recording. It was fantastic to play on the final track as all the different parts came together (listen to it below).

I had a great time watching one of the projects that I had heard about from my mum and her siblings for so long up close. It was amazing that I could take part in a project 21 years after the charity was set up in my grandmother’s memory.

The Irene Taylor Trust is celebrating turning 21 in November 2016 with an exhibition at the Free Word Centre and a special performance of live music, involving young people from Making Tracks, at the Union Chapel on 22nd November.

Listen to the track that Celia contributed to below: 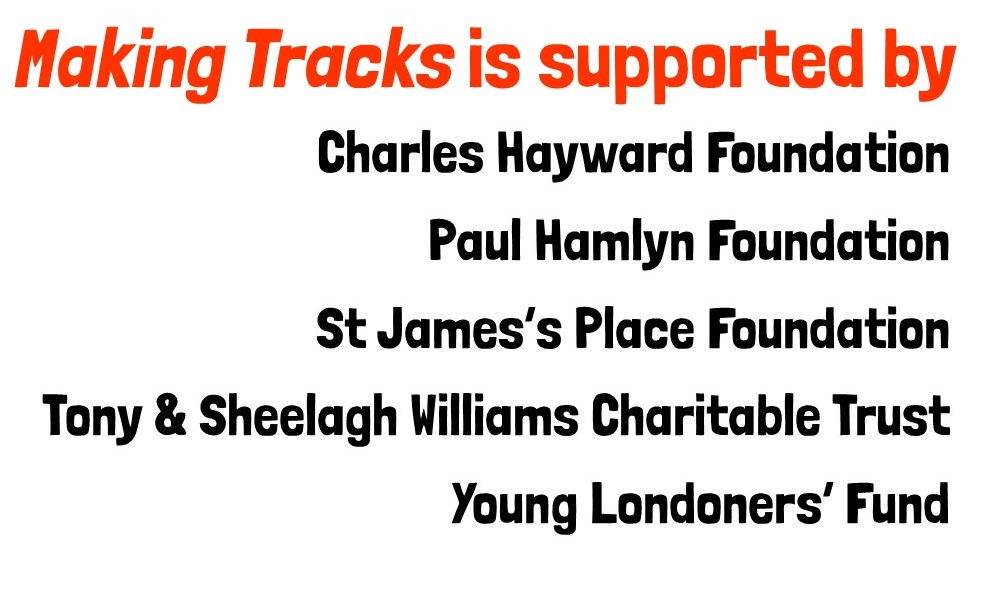